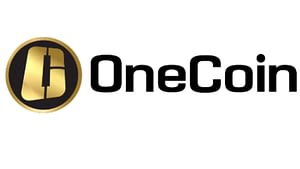 In this write-up, we’ll be investigating one of those supposed scams known as “OneCoin”. We’ll be taking a look at what we know, and how “OneCoin” became available to the market. We’ll also determine whether or not “OneCoin’s” a pyramid scam, or a Ponzi scheme. Either way, it’s certain that “OneCoin” screwed a lot of people out of their hard-earned money (or “Bitcoin”). Let’s dive in and give you more details.

“OneCoin” (website url doesn’t exist due to it’s shut down) was promoted as a cryptocurrency, that was based in Bulgaria. However, it operated two offshore companies listed in Dubai, UAE, and Belize as “OneCoin Ltd”, and “OneLife Network Ltd” respectively. OneCoin was founded in 2014 by Ruja Ignatova, a Bulgarian national, and Sebastian Greenwood. Two years prior, Ignatova was found guilty of fraud and was sentenced to 14 months in prison (but the sentence was suspended entirely).

Since 2017, it is said that she’s on the run from law enforcement, largely due to her involvement with “OneCoin”. Early last year, Greenwood was extradited from Thailand to the United States, to face related charges involving “OneCoin”. Aside from the founders, a group of co-conspirators are currently facing charges for their role in the “OneCoin” scheme.

So How Did “OneCoin” Supposedly Work:

Based on our investigation, “OneCoin” used an MLM (multi-level marketing) style business model. It was intended to promote their so-called “educational material”. Initially, if you were able to purchase their educational products, you could be able to mine “OneCoin” in return using tokens. You could earn more tokens to mine “OneCoin”, but with a catch.

The catch involved you having to recruit other people to join “OneCoin”. And at this point, the cycle repeats itself. You recruit new people, and they begin to earn tokens from educational material they’ve purchased, and so on. Like most MLM (multi-level marketing) programs, “OneCoin’s” built like a pyramid scheme. When the enrollments cease, your investments in “OneCoin” goes along with it. Thus, you will more than likely never see any return’s on your investment.

At one point in 2016, “OneCoin” was trading for well over $100 per unit. But it wasn’t until the year before, where complaints had begun to pop up regarding “OneCoin”, and their companies. The Government of Bulgaria had issued a warning about new cryptocurrencies, and used “OneCoin” as an example. Throughout the entire year of 2016, news media outlets worldwide had begun broadcasting reports of new cryptocurrencies being used to scam people (and once again, reports were circling right back to “OneCoin”).

By 2017, authorities in several Europeans countries were made aware of “OneCoin” and a handful of the conspirators that put together an alleged scam that netted well over $4 billion worldwide. Chinese law enforcement officials involved with the “OneCoin” investigation, claimed to have recovered nearly $265 million in lost funds, while prosecuting nearly 100 people for their role in “OneCoin”.

When “OneCoin” was active, it was not bought or sold on any cryptocurrency exchanges like “Bittrex” or “Poloniex”. It was only bought or sold by an exchange known as the “OneCoin Exchange” or “xCoinx”. It was said that “OneCoin” could only be exchanged for Euros. The Euros would then be transferred by wire transfer via a virtual wallet. The exchange had closed for nearly two weeks, citing “maintenance issues” due to a growing number of users. However, no changes were made after it re-opened and transactions were performed as usual. The exchanged closed again in January 2017, but this time for good, and without advanced warning.

Later on that year, dozens of arrests were made by law enforcement around the world. More notably, 18 people in India were arrested for organizing a “OneCoin” recruitment event. Investigators later unveiled that they had recovered well over $14 million USD that was transferred throughout as many as nine bank accounts. As of 2019, multiple federal governments have banned “OneCoin” and have issued warnings pertaining to the creation of new cryptocurrency.

At one time, “Bitcoin” witnessed a historic climb to $20,000 per coin, (which didn’t last long). But the price would dwindle down soon after. This may have been due to regulations that various governments worldwide have placed on cryptocurrency (including China administering an outright ban). Also, cryptocurrency scams like “OneCoin” may have also contributed to some negative feelings in “Bitcoin” investor’s. In return this caused many “Bitcoin” holders to sell off what they had before a possible crash in coin price could take place.

In 2018, police in Bulgaria had raided the “OneCoin” headquarters. This was done at the request of police investigators in Germany, and the Europol agency. This also lead to the investigation of well over a dozen companies that were associated with “OneCoin”. More than 50 people were under investigation in the process. Their identities and their fates (as of this writing), are unknown.

With Ruja Ignatova already on the run and nowhere in sight, some claim that she is living in Germany under a made up name. Her brother, Konstantin Ignatov plead guilty in his role for “OneCoin” (specifically the charges of fraud and money laundering). He faces decades in prison. Another co-conspirator, an American attorney named Mark Scott, was found guilty for the same charges in late 2019. He was responsible for transferring as much as $400 million USD out of the country. The case of Sebastian Greenwood is yet to be known and from what we know, no trial has been scheduled.

A Message About Cryptocurrency:

While we remain impartial as far as cryptocurrency goes, we also advise you to use it at your own risk. If you are planning on trading or purchasing it as an alternative currency, we highly recommend that you stick with certified cryptocurrency exchanges like “Coinbase”. You can also utilize cryptocurrency trading exchanges like “Bittrex” and “Poloniex”. And remember that investing in cryptocurrency comes with risks, the same as when trading stocks or forex. So it’s important to trade wisely and take the trading strategies you see online with a grain of salt.

Also, you’d be wise to steer clear of anything that may pertain to new, or developing cryptocurrencies. Because of programs like “OneCoin”, there’s now tight regulations in place regarding the production of new coins. You’re best off sticking to “Bitcoin”, “Litecoin”, or “Etherum”, and also some of the approved “AltCoins” that are being traded on the exchanges. 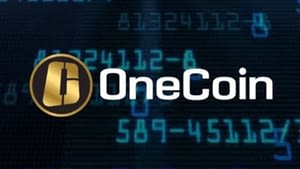 My Final Conclusion For “OneCoin”:

Considering that we have nothing good to say pertaining to “OneCoin”, we can say that it’s a mix between a pyramid scam and a Ponzi scheme that managed to milk a bunch of people out of their hard-earned money. Remember, while we encourage you to make money online, if you’re considering it please do so in legitimately. If you have any questions regarding that, don’t be afraid to check out some of our other content.

So, would you happen to have any concerns you’d like to be heard about this, “OneCoin” program? Maybe something I forgot to mention that you’d like to add? Is they’re any questions you might have concerning my “OneCoin”review?

If so, please don’t hesitate to leave your comments or concerns below in the comment section, and I would be more than happy to get back with you. Thanks for reading my post, and good luck with your success online..

Were you looking for my top, legit work online recommendation instead?

Also, if you enjoyed reading and educating yourself on”OneCoin” review, please don’t limit yourself. Feel free to read and learn (from one of my other reviews), “all about” a different scam online business that should be avoided at all cost like:

Next Job At Home (Scam) Review