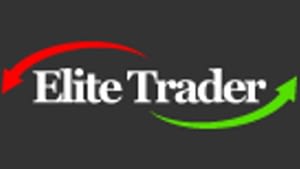 Lots of people these days are turning to the Internet for all of their trading. Stocks, mutual funds, futures, and so on. A lot of people are even diving into the cryptocurrency market and doing their trading through exchanges like Poloniex, or Bittrex. And yes, there are still those who trade forex, or foreign currency. With that said, the topic we will be discussing is related to that. Considering our stance on online trading, we tend to be subjective.

We can tell which trading platforms are legitimate, and which ones are bad enough to raise a warning to those who are looking for a legit broker. We’ll be looking at a trading app that goes by the name “Elite Trading“. We’ll give you the low down on what we’ve found out about “Elite Trading”, and determine for you whether or not it’s a legit opportunity to make some extra money, or something you should consider a scam.

Who Started The “Elite Trader” App?:

The “Elite Trader App” was founded by a guy that goes by the name, Eugene Conrad. And as far as we know, the app dates back to 2014. Little is known about Eugene Conrad from what we were able to gather. So right off the bat, that’s a potential red flag. We understand that people start businesses under a pen name, but as long as they are doing it for legitimate reasons, that’s totally fine.

However, we’ve also done some digging up on this Eugene Conrad character, and apparently nothing good is said about him. Is this Eugene Conrad person real? Or is he another one of those mystery folk, who hide using a fake name and a stolen stock photo? Sounds like the answer is a no brainer.

What Is The Elite Trader App?:

The “Elite Trader App” is connected to binary options trading. For those that don’t know about binary options trading, we’ll give you an abridged version of what it is. Binary options are tied to things like forex (foreign exchange), stocks, and so on. The way it works is that you don’t purchase a share or a lot (forex). Instead, you either place a put or call option. If you think the price is going up, then it’s a put option. At this point, you’ll know what to do if you think the price is going down.

Some say it’s the equivalent of betting on something. So basically it sounds like you are betting on the price going up or down. From what we understand, the “Elite Trader App” was designed to get people to sign up for a binary options broker, from a list that was somehow put together by Eugene Conrad himself. This means you’ll need to deposit money into a real trading account in order to make money.

Apparently, Eugene Conrad claims that you can make at least one thousand dollars a day. That was according to a sales video that he put together. And it’s long and boring to say the least. With that said, anyone stating that you can make thousands of dollars a day with binary options is most likely lying to you. And as the old saying goes, “if it sounds too good to be true, then it probably is”.

So How Does This “Elite Trader App” Work?

Apparently, the app is supposed to work like when you are trading binary online. However, here’s the scoop: it’s not really an app at all. As mentioned before, you are basically taken somewhere that leads you to some kind of sign up for a broker. So you don’t trade binary options on the app per say. However, the narrator who claims to be Eugene, says that your trades are 97% likely to be winners based on choosing either the put, or the call option.

As far as we know, these brokers are binary options brokers that mostly focus on forex and not so much the stocks that are being traded on the stock market.

The “Elite Trader App” Is Free To Join/Download: As far as we know, the “Elite Trader App” is free to join and download. But these days, you probably can’t find it anywhere in the Google play store, or the Apple app store (and for good reason). So if this app has a downloadable link somewhere where it’s being advertised, then it’s likely from a third-party app source. I highly recommend you not clicking the link shown, and that you don’t try to download the app from that link, since it may contain viruses, spyware, etc).

Testimonials Are Likely Fake: Any idiot can put together a fake testimony by hiring someone from Fiverr, get them to write up a fake review, and attach it to a stock photo. Sure, testimonials may be great for social proof. However, they should be taken with a grain of salt these days.

Claims Are Too Good To Be True: Of course you can’t necessarily make thousands of dollars a day with binary options. If you ask us, it seems really impossible to do. A lot of people make these bold claims that they can become rich overnight with a few trades. Not the idea you want to put in someone’s head when they want to make an honest dollar online. And believe us, we know a bunch of legit opportunities that you can choose from. 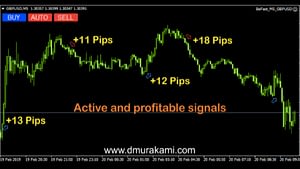 There are some legitimate binary options brokers out there, that can help you make some good money. But in the case of the “Elite Trader App“, we urge you to steer clear of it. Especially when it’s not a real trading app. It’s basically something masquerading as an app as a way to get you to sign up for an account. If you want a real legit way to make money online, we have plenty of resources and  that we recommend, right here in our website. Be sure to check out more of our articles to see which opportunities are legit, and which opportunities are complete scams.

Do you have something you would like to say or add about this, “Elite Trader App”? Maybe something to add that we didn’t mention? Do you also think that this investment app is a scam too? Is they’re any questions you might have concerning our “Elite Trader App” review?

If so, cool! Leave your comments or concerns down in the comment section, and we will be more than happy to reply back. Thanks you again for reading our post, and good luck with your success online..

So were you looking for our top, legit work online recommendation instead?

Also, if you enjoyed reading and educating yourself on the “Elite Trader App” scam, please don’t limit yourself. Feel free to read and learn (from one of our other reviews), “all about” a different scam online business that should be avoided like: