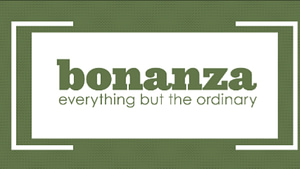 These day’s, it has never been easier to make money online. More importantly, a lot of people have decided to make a full-time living online, out of such opportunities like freelancing, or starting they’re own online business. Let’s not forget that there are also money-making opportunities that would be perfect for earning a side income (but not enough for making a living).

While most of money-making opportunities are Legit, some of them are shady and could be considered a Scam. One of the opportunities that we will be looking into today, goes by the name “Facebook Bonanza”. We did a good amount of digging up on this program. We’ll give you the scoop on what we’ve discovered, and how it supposedly works. Finally, we’ll let you know if it’s legit, or something you should avoid. 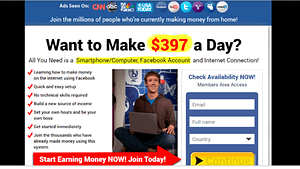 “Facebook Bonanza” started up in 2014. Apparently, it claimed to be something that was associated with Facebook, where you could make money online using it. “Facebook Bonanza” has no direct affiliation to Facebook, nor is it associated with it. And apparently, there is no known founder of this program. No name, nor a face to match. However, it is said that it might be connected to a Cyprus-based company known as “Markenark Holdings”, LLC.

How Are You Supposed To Make Money with”Facebook Bonanza”?:

From what we were able to gather from our previously found testimonies, “Facebook Bonanza” claims that users can make hundreds of dollars per day. Some user’s claimed to be making five figures a month. The problem is, they don’t specify how you do it. How are you suppose to make money, when you have no clear blueprint on how to do so?

And it sounds like they pulled these numbers out of thin air. Guess what else? “Facebook Bonanza” claims that in order to make a living with they’re program, you only need to work as little as five hours a day. With that said, doesn’t that sound too good to be true? Well that’s because it is.

And it’s priced at a grand total of $197. But wait…they give you a discount of $47. And if you leave the page, you’ll go to another page where they offer the program to you again, for $27 dollars. So you could basically save $170, just by closing out the first page and going straight to the next.

After purchasing the “Facebook Cash Kit”, your immediately subject to a $47 monthly fee, plus an extra dollar as part of your “Road Academy Training”. So now, you have the potential to spend very little to start, but then are charged a $48 per month fee for training. This sounds all way too confusing, right?

Of course, they have their own fine print that basically reads that if you don’t like it, you can cancel. But you don’t get a refund. Plus, they write these stipulations to make it look like they’re not liable for anything, and it’s your fault. What a sneaky way to avoid lawsuits, and having to pay these people back.

So What Are The Pro’s And Con’s Of “Facebook Bonanza:

Note: At one point in time, there was a work at home opportunity that you could do through an app on Facebook called “CloudCrowd” (remember when Facebook had apps?). However, “CloudCrowd” is no longer available on the platform.

There are lots of online money making opportunities that don’t turn out to be the best, and could e considered a Scam. And we are very subjective about throwing the “Scam” label around. But in the case of “Facebook Bonanza”, it is a 100% scam. Therefore, you should steer clear of “Facebook Bonanza“, and consider other legitimate opportunities. And we promise you that there are a lot of opportunities out there that will fit your personal needs, preferences, and income goals. If you want to make some real money online, don’t hesitate to check out one of our other articles.

If you do, great! Don’t hesitate to leave your question, or comment below, and we would be more than happy to respond back. Thank you for reading our review, and good luck with all your success online..

Also, if you enjoyed reading and educating yourself on “Facebook Bonanza”, please don’t limit yourself. Feel free to read and educate yourself (from one of our other reviews), “all about” a different scam online business that should be avoided like:

And so much more..